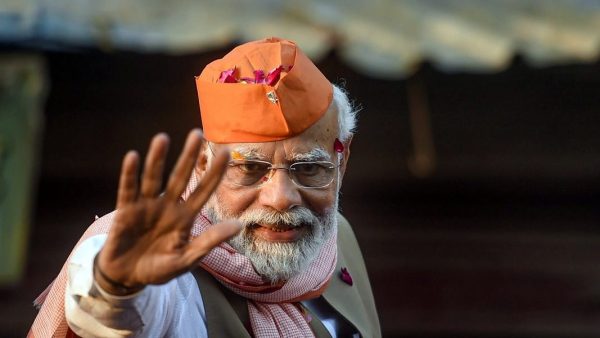 The recent remission of the people convicted in the Bilkis Bano rape case during the 2002 Gujarat riots, has had an interesting and unintended spin-off. It revealed some fissures within the Hindutva ecosystem – specifically between the Vishva Hindu Parishad and the fringe elements within the Bharatiya Janata Party.

Following the remission of the convicts, a few voices within the BJP spoke out against the decision. Most notable among them were former Himachal Pradesh Chief Minister Shanta Kumar, BJP national executive member Khushbu Sundar, and party spokesperson Shazia Ilmi.

Ilmi’s criticism, as articulated in an article in the Indian Express, sparked a reaction from the Vishva Hindu Parishad. But we’ll come to that later. First let’s look at the criticism from the three leaders mentioned above.

Shanta Kumar, Shazia Ilmi, and Khushbu Sundar Speak Out
Now, Shanta Kumar has been a consistent critic when it comes to the 2002 Gujarat riots, though he has diluted his position on Prime Minister Narendra Modi to some extent. Kumar’s opposition is different from the other two as he specifically blamed the Gujarat government for the remission.

Ilmi and Khushbu expressed their anguish in general terms and neither of them directly blamed the Gujarat government. It seemed to have been more of an effort to control the damage for the BJP by presenting contained criticism from within.

Ilmi even gave a clean chit to the Gujarat government in the entire matter and said that the remission happened as per legal procedures and that there had been no bias.

What was interesting in both Ilmi and Shanta Kumar’s comments was their effort to distance PM Modi from what had happened.
Kumar urged Modi to set right the mistake committed by the Gujarat government.

Ilmi made an interesting claim – that PM Modi and the VHP have been at loggerheads.

“The felicitation of the remitted convicts by members of the VHP. To attribute this to the BJP is particularly strange given the intense acrimony between the Gujarat BJP and Prime Minister Narendra Modi on the one hand and the VHP on the other.”
BJP spokesperson Shazia Ilmi in the Indian Express

The allegations against the VHP in Ilmi’s article are of course an important bone of contention. But there is another aspect which is perhaps even more politically significant. It is a tussle over who PM Modi is and what he stands for.

So on one hand, Ilmi accuses the VHP of trying to vilify the PM. She wrote, “The VHP is, on record, carrying out a campaign of vilification and defamation against PM Modi, accusing him of ‘destroying Hindu street power’ – perhaps not realising that they were paying tribute to his staunchly non-partisan conduct in matters of law and order.”
On the other hand, the VHP has tried to put Modi and itself in the same category and claimed that both were at the receiving end of an “orchestrated campaign” after the Gujarat riots.

In an article in the VHP mouthpiece Hindu Vishwa, VHP national spokesperson Vinod Bansal wrote, “We saw how both the chief minister of Gujarat (Modi) and Hindu leaders were on the receiving end of attacks from secular and jihadi forces.”

It is a tussle for where PM Modi stands.

So Where Does PM Modi Really Stand?

What Ilmi, and to some extent even Shanta Kumar, is doing, is to present PM Modi as a larger-than-life figure who can dispense justice transcending ideology and political considerations.

The deployment of Ilmi and Khushbu – both women from Muslim backgrounds – serves yet another purpose – of showing PM Modi as someone to whom Muslim women can appeal for justice. It is an extension of how the bill criminalising the Triple Talaq Ban was spun by the government as ‘Muslim Women Rights Day’.

But it is more than just that. Ilmi is presenting Modi as being separate from mainstream Hindutva organisations like the VHP. It is interesting that this is being done by a BJP spokesperson and that she hasn’t been publicly censured as yet. It is an effort to create a more inclusive image of Modi, even as there doesn’t seem to be any real change in the BJP’s politics.

The VHP’s comments reveal a counter mission. The articles by the VHP leaders are aimed at claiming how PM Modi and the VHP were both in the dock over the Gujarat riots, that these organisations have played an important role in Modi’s rise and that he cannot be seen as removed from the Hindutva context.

These are pulls from opposite directions – one side showing Modi as transcending ideology and the other claiming that he is embedded in the ideology, one side showing him as a dispenser of justice in the present while the other side reminding him of his past.

This kind of a tussle isn’t harmful to Modi. In fact it is beneficial for him to appear different things to different people. His own silence on many issues further lends itself to such ambiguity.