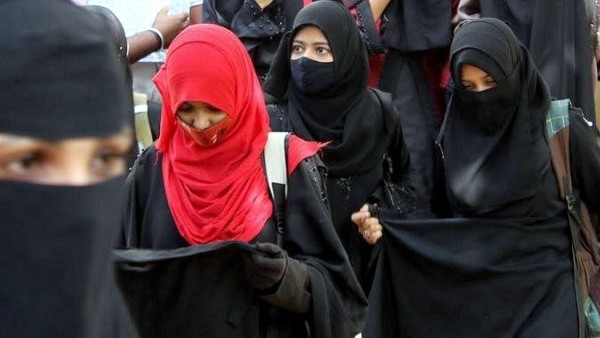 Senior advocate Dushyant Dave, representing some petitioners challenging the Karnataka High Court judgment on hijab, told the Supreme Court that there is a pattern to marginalise a community and citing the Pulwama attack, added that only one suicide bombing took place in India, which shows minorities have placed their faith in the country.

Dave submitted before a bench of Justices Hemant Gupta and Sudhanshu Dhulia that more than 10,000 suicide bombings have taken place in the Islamic world and this country only faced one suicide bombing in Pulwama, which shows minority communities’ faith in the country.

He added that religion is a very difficult frame of mind to guide the masses and it is leaders who can guide them.

Dave said the whole issue of “love jihad” and now, the prevention of Muslim girls from wearing hijab in educational institutions, reflects a pattern to marginalise the minority community, and Muslim girls wearing hijab cannot hurt anybody’s sentiments and hijab is their identity.

Emphasising the significance of liberal aspect of Indian civilisation, Dave said the country is built on liberal tradition and there is unity in diversity. He submitted that if a Hindu girl asks a Muslim girl wearing hijab “why is she wearing it? And, she talks about her religion. This is really beautiful”.

He contended that hijab is important for Muslim women and it is their faith and added that somebody wants to wear tilak, somebody wanting to wear cross, everybody has the right and that is the beauty of social life.

“How would wearing hijab threaten the unity and integrity of the country?” he said. At this, the bench replied that even the Karnataka High Court judgment does not say that and nobody is saying that.

The bench also said the argument here could be self-contradictory, saying the right to wear hijab flows from Article 19 and it can be restricted only under 19(2) only by a statutory law. Dave submitted that fundamental rights, in this case under Article 25, can be exercised anywhere.

The bench said some judgments talk about religious practice inside the religious places. Dave said Article 25 uses the words freely practice, profess, and propagate religion, and a person can exercise fundamental rights anywhere, be it a classroom too.

He said if a Muslim woman thinks that wearing of hijab is conducive for her religion, no authority, or no court can say otherwise.

The hearing on the petitions challenging the Karnataka High Court’s judgement of March 15 upholding ban on hijab in pre-university colleges will continue on Tuesday. (IANS)